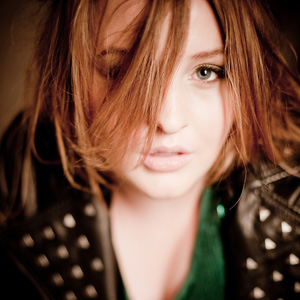 At the age of 20, Vancouver-based indie pop artist, Alexandria Maillot, has developed a tremendous resume in her young years as an independent artist, including: Performing in festivals overseas in Egypt and Romania, winning numerous competitions like the We are Listening Singer/Songwriter Awards, and catching the attention of impresario David Foster and earning a spot onstage with famed singer Jann Arden during a televised concert in Toronto.

One of her original songs, Revolution, was picked up by Universal Music in Europe and appears on the debut album by Swiss recording artist, Stefanie Heinzmann. The song was the third single (with an accompanying music video on Youtube which has garnered almost 1,000,000 views) from Stefanie’s album “Masterplan”, which went gold in Germany and Switzerland and was Top 10 in the EU. As well, Alexandria has recently sold two more songs to a Germany publishing company for European release in 2013.

In 2009, Alexandria was chosen as one of the Top 20 artists/bands out of 450 applicants in British Columbia to be a part of the inaugural The Peak Performance Project, a $5.29 million plan designed to kick start the international music careers of three emerging B.C. artists every year for the next seven years. The project is administered by the Music BC Industry Association and funded by 100.5 The PEAK through CRTC approved Canadian Content Development Funding. In 2012, Alexandria was once again chosen as part of the Peak Performance Project.

A graduate at the age of 16, Alexandria’s most recent successes include: being featured on MTV and Ourstage as the “Needle in the Haystack”; performing at Western Canada’s largest Canada Day celebration in 2012 at Surrey Canada Day; being featured as 95.3 Virgin Radio’s “Best of BC” feature and American Airlines for their In-Flight Entertainment (reaching over 500,000 listeners); featured throughout Six Flags national theme parks for their “New Music” hour, Skope Magazine’s “Artist to Watch” feature and on Oprah Winfrey’s website as part of “Oprah’s Search for the World’s Smartest and Most Talented Kids” section.

Alexandria has always made it a priority to help others through her music. Over the years, Alexandria has been involved in various charities like the Easter Seals Program, Heart and Stroke Foundation, Breast Cancer Research and Epilepsy Awareness, and has organized fundraisers for local food banks and independent groups. She has promoted self-confidence and inspired the use of creativity and imagination while touring elementary and middle schools, and has put together vocal workshops and Youth Talent Showcases to help young music enthusiasts get started in a positive manner.

On a side note, Alexandria was featured in the blockbuster, Red Riding Hood, starring alongside Amanda Seyfried, Gary Oldman and Julie Christie.