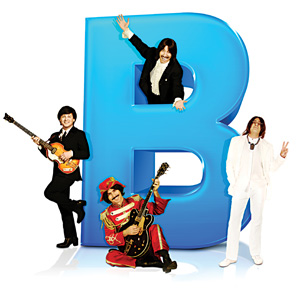 The BeatleShow – hailed by the Los Angeles Times as “the #1 Beatles tribute band in the world” – is coming to the Hard Rock Casino Vancouver on Friday, December 5, 2014.

Entertainment critics say that BeatleShow! is as close as you can get to a real Beatles concert. The amazing cast plays and sings the greatest hits of all time … live! The show’s producers spared no expense incorporating every meticulous detail from dramatic costume changes to stage lighting … creating the most authentic Beatles experience today.

The cast members are some of the most highly regarded musicians in the industry performing hits from the early 60’s to the psychedelic era … hits including “Twist and Shout”, “I Want to Hold Your Hand”, “A Hard Day’s Night”, “Magical Mystery Tour”, “Sgt. Pepper’s Lonely Hearts Club Band”, “Hey Jude”, “Here Comes The Sun”, “Yellow Submarine”, “Let It Be” and “The Long and Winding Road”.