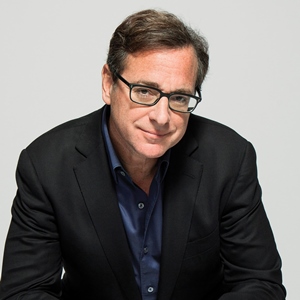 Actor-comedian Bob Saget will be bringing his signature raw and raunchy brand of comedy to the River Rock Casino Resort on Thursday, November 10, 2016 and to the Molson Canadian Theatre at Hard Rock Casino Vancouver on Friday, November 11, 2016.

While Bob will always be remembered as the star of two of the most family-friendly shows that network television has ever produced – Full House and America’s Funniest Home Videos – he has been an “out-of-his-mind” stand-up comedian for over thirty years.

Bob has also been seen several times reprising the role of “Himself” on HBO’s Entourage and even appeared in last year’s feature film. His first book, Dirty Daddy: The Chronicles of a Family Man Turned Filthy Comedian was released to critical acclaim in 2014 becoming a New York Times Best Seller. As busy and as multi-talented as he is, Bob’s first love remains stand up as he continues to play to sold-out venues across North America.

Tickets go on sale on Friday, August 26, 2016 at 10 am and are $69.50 (plus service charges). For more information and to purchase tickets, go to RiverRock.com and HardRockCasinoVancouver.com.