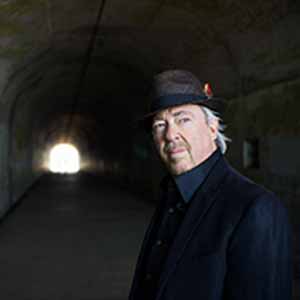 Legendary Singer-Songwriter Boz Scaggs will be performing at the Molson Canadian Theatre at Hard Rock Casino Vancouver on Saturday, October 14, 2017.

Scaggs’ remarkable career dates back to the late Sixties and then on to his solo triumphs featuring classic albums such as Silk Degrees (1976), Middle Man (1980), Some Change (1994), Dig (2001) and Memphis (2013). Throughout his career and impressive transcendence through the decades, it is easy to recognize the soul and effortlessness that is deeply felt in every lyric Scaggs delivers.

Throughout Scaggs’ new spellbinding album A Fool to Care, you can hear a sense of fun, as well as an ability and willingness to wander in any musical direction. Scaggs’ himself states that he’s, “At a point where I’m having a lot of fun with music, now more than ever”. The heart of the album lies in the familiar sounds of Texas, Louisiana and Oklahoma that have for a long time played a prominent role in shaping Scaggs’ musical sensibility as well as features a bold venture into a seductive New Orleans rumble. Recorded over four days at Blackbird Studio in Nashville, A Fool to Care is relaxed and easy while also being highly charged and full of energy.