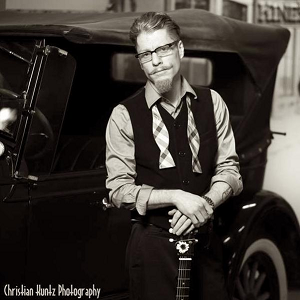 What separates Brandon from the rest of the pack besides his world-class musicianship and song writing, is his ability to connect and involve the audience in his live shows.

Brandon’s affinity for the rawness and spontaneity of the blues is second to none, as anyone who has had the privilege of being a part of his audience will tell you. He brings a firebrand style of guitar as well as incredibly stirring vocals that truly has to be witnessed to be appreciated! He is VERY much in the moment as he rips it up, and we know you’ll be impressed with the caliber of showmanship within his performance of songs & stories by this great Canadian artist.