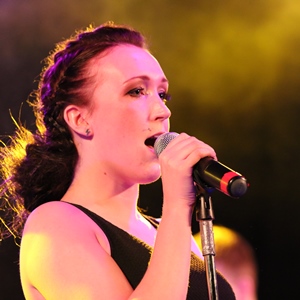 Although she grew up surrounded by the 90’s British pop culture, her inspirations come from the R&B divas of the 70’s and 80’s and the rock and blues legends of the 20th century. After winning the title of ‘Kootenay’s Best Singer’ in 2013, her name began to get more exposure through the Kootenay region and she performed at venues such as ‘The Annual Kootenay Festival’ in Castlegar, The Prestige Hotel in Nelson, as well as local markets, bars, and fundraising events.

Newly graduated as a Performance Vocal Major of Selkirk College’s ‘Contemporary Music and Technology Program’ she resides in the North Vancouver area where she is currently working on new and upcoming projects and participating in the ever growing Vancouver music scene while also working at the prestigious ‘Commodore Ballroom’. Not only a vocalist, Charlie taught herself piano at the age of 8 and took several guitar and acting lessons in her early teens. She hopes that her talents will help her become a successful entertainer and she can travel around the world, doing what she loves the most; music.