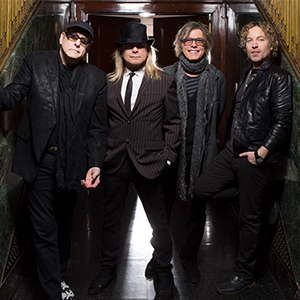 Known for their rock and roll melodies and razorblade riffs, Cheap Trick has been blending elements of pop, punk and metal in their music since the 1970’s. With timeless classics such as “I Want You to Want Me” and “Surrender”, Cheap Trick is a musical institution.

The Rockford, Illinois band is as vital today as ever, with three new records released in the last three years. Cheap Trick was inducted into the Rock and Roll Hall of Fame in 2016 and continues to tour around the world to sold-out shows.

Tickets are now on sale with prices starting at $114.50 (plus service charges).