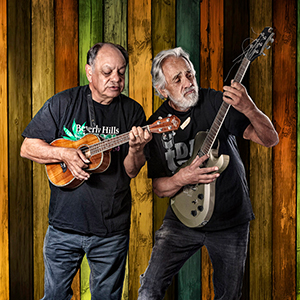 Iconic comedy legends Cheech and Chong defined an era with their stand-up routines and hilarious films in the 1970s and 1980s. They reunited in 2008 for their Light Up America tour and haven’t stopped touring since. Over the course of their career, Cheech and Chong have starred in seven films together and recorded six gold comedy albums, including the Grammy-winning “Los Cochinos.”