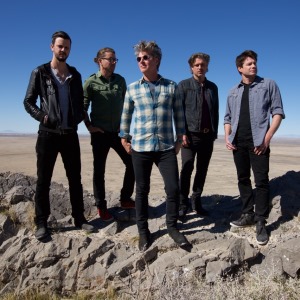 Alternative rockers Collective Soul will be bringing their string of hits to the Hard Rock Casino Vancouver on Saturday, June 20, 2015.

It was in 1992 when Collective Soul was formed in the small town of Stockbridge, Georgia by songwriter & lead vocalist Ed Roland, rhythm guitarist Dean Roland, lead guitarist Ross Childress, bassist Will Turpin and drummer Shane Evans. The following year, they released their first album, Hints Allegations and Things Left Unsaid on the Atlanta indie label, Rising Storm. The album – which featured the #1 hit single, “Shine” – was picked up the following year by Atlantic Records and went on to achieve Double Platinum status. Their next album, Collective Soul – released in 1995 – spawned the #1 hits, “December”, “Where The River Flows” and “The World I Know”. The album went Triple Platinum and spent 76 weeks on Billboard’s Top 200 charts.

They went on to release additional chart-topping albums which produced such hits as “Precious Declaration”, “Listen”, “Heavy”, “Why, Pt. 2”, “Vent” and “Perfect Day” … a duet with Ed and Elton John. Their 2008 single, “Tremble For My Beloved” was featured in the blockbuster film, Twilight as well on the film’s chart-topping soundtrack. In addition to their upcoming date at the Hard Rock Casino Vancouver, Collective Soul fans can also look forward in 2015 to the release of the band’s much anticipated ninth studio album, See What You Started By Continuing. Today’s line-up consists of Ed, Dean and Will along with drummer Johnny Rabb and lead guitarist Jesse Triplett.