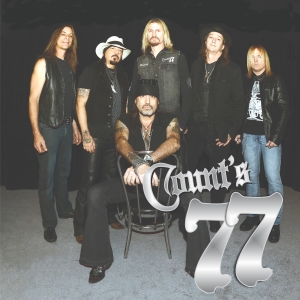 Hailing from Las Vegas, Count’s 77 is led by Danny “Count” Koker, who was singing long before he found international fame as the owner of Count’s Kustoms, his hot rod and chopper shop. Koker can also be seen starring on the hit television series, Counting Cars which is currently enjoying its fourth season on History.

The six powerhouse musicians attribute the 70’s genre specification to musical roots as diverse as Thin Lizzy, Foghat, The Allman Brothers and Led Zeppelin. With viewers of Koker’s reality show spanning from North America to Europe and from South America to Japan, the band’s fan base is also now reaching far and wide.

Count’s 77’s evening performance in the theatre will cap off Hard Rock Casino Vancouver’s 2nd Annual Ultimate Car Show. The increasingly popular Show ‘N’ Shine event will be taking place during the day and is open to all wishing to display their collector, specialty exotic or muscle cars.