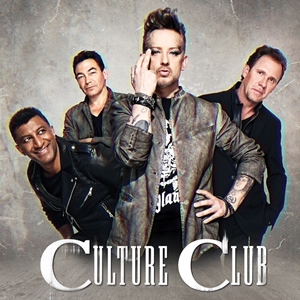 With all of the original members – Boy George, Mikey Craig, Roy Hay and Jon Moss – back in the fold, Grammy Award-winning band Culture Club will be embarking on their reunion tour this summer. The highly-anticipated tour will kick off at Hard Rock Casino Vancouver on Friday, July 17, 2015 and at River Rock Casino Resort on Saturday, July 18, 2015 marking the first time in fifteen years that the group has played together in North America.

Formed in 1981 in London, Culture Club catapulted to international fame after the release of their #1 single, “Do You Really Want to Hurt Me” the following year. They went on to achieve nine Top 10 singles in the US and Canada selling over 50 million albums worldwide. Their additional chart-topping hits include “I’m Afraid of Me”, “Time (Clock of the Heart)”, “I’ll Tumble 4 Ya”, “Church of the Poison Mind”, “Karma Chameleon”, “Miss Me Blind”, “It’s a Miracle” and “The War Song”.

Although the group eventually went their separate ways in 1986, Boy George has continued to remain a global icon. In addition to the comeback tour, he and the band have recorded a new studio album, Tribes which is set for release later this year. The album will feature their lead single, “More Than Silence”.