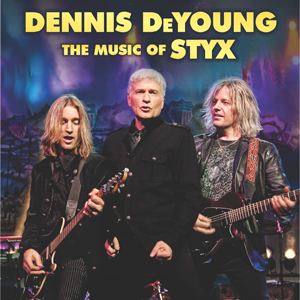 Dennis DeYoung: The Music of Styx

Dennis DeYoung: The Music of Styx is coming to the Hard Rock Casino Vancouver on Friday, March 21, 2014. The former frontman – and founding member of the Multi-Platinum selling band – has enjoyed a career spanning six decades. It was in 1962 when 14-year-old DeYoung was joined by brothers John and Chuck Panozzo in the basement of his childhood home to form one of North America’s most successful and enduring bands.

DeYoung’s incredible talent goes beyond his legendary voice. He’s also an accomplished songwriter, keyboardist, composer and record producer. In 2009, he was honoured by his native Chicago with the “Great Performer of Illinois” Award. Currently DeYoung is performing at sold-out venues across North America where audience members are reliving such Styx classics as “Lady”, “Babe”, “Come Sail Away”, “Too Much Time On My Hands”, “Best of Times” and “Mr. Roboto”.