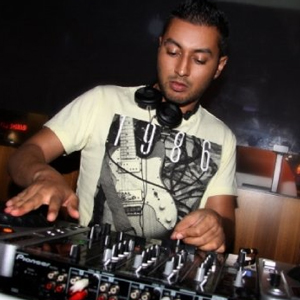 Dj Delirious started his music career in the late 90’s. He had his first opportunity to open up on weekends at a local club in Gastown called The Purple Onion. It was here that Delirious was learning the art form of Djing from resident Dj Tropic. As he quickly adapted the skills of Djing, he was noticed by a local bar who offered him his very own saturday night at The Royal on Granville street. The next few years followed by doors opening to many clubs such as Caprice, Tonic, Stone Temple, Aubar, Atlantis, Onyx, Fever, The Plaza, Republic, Forum, Richards and Richards, Sharks Club, Honey Lounge, Ozone, The Standard, Wet Bar, Plush, Ocean Club and etc.

Delirious had his big break when he was given the chance to be featured as one of the resident Djs for MTV on the television show called Select. This followed by working with local artists and concert events where Dj Delirious started to established a name for himself. He opened up for artists such as 112, Fabulous, Jazzy Jeff, Jay Sean, Raghav and more. By gaining the skills to play along with live bands Delirious was offered to be the main Dj for singers HMD, Jagua, Battlekat, and Insane Entertainment where he had the opportunity to play along in front of 50 000 people in Toronto. He was also the resident Dj for Bobby James from Destinek every weekend at a local club.

Not only a Dj he is also a producer working on different genres of music, making remixes for record labels and he expanded more into the Dj scene by working on visuals and video Djing at local clubs. He is currently focusing more on the production side of music and trying to release his first single.

With over 15 years of experience and working with the best djs in Vancouver, Dj Delirious is know for his style of music and skills. Whether it is EDM, Top 40, Hip Hop, Old School, Rock etc Dj Delirious is always rockin’ the dance floor and is known for his mash ups.