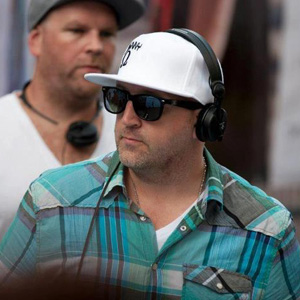 Johnny started out as a dj in the early 90’s, He started out in a small town nightclub opening and playing with artists such as Snow, Meastro Fresh Wes, Jeff Healy, Alana Myles and the list goes on. With his drive to be one of the top dj’s in B.C. Johnny has made a solid name for himself over the last 20 years and has become a household name in and around Vancouver playing every size of venue. The sound that he is known for can’t be cataloged into one genre as he has proven himself to be very diverse in his events and bookings.

The main focus of his musical tastes are house & mash ups. Johnny releases a new house demo about every couple of months, which catalogs the biggest tunes from his play list. A lot of his bookings are to play his signature mix of house & mash ups in the biggest clubs in and around Vancouver. With such a strong career in the making he has done many great parties and events including every year at the largest boat party in North America Heineken White boat Cruise. And during the summer months he hosts the largest ‘Pool Parties’ in Vancouver .He also has been on Mtv Select video television show as resident dj.
Johnny’s focus as of late has been producing, Djing and event production. Not only does Johnny currently produce his own music but remixes, reedits a lot of tracks that he plays out to give him an edge over others. Many of the shows that Johnny has played have also had his unique touch to promoting the events, visuals and graphic design.
Incorporating all of his knowledge and experience has led him to work with Frisko in 2012.