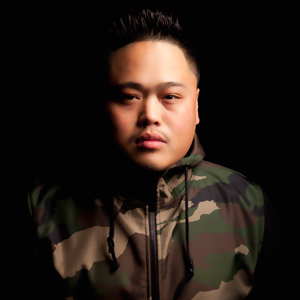 Born in Hollywood, CA and raised in Pasadena, Ryan began his DJ journey in 1997. With his passion for music beginning many years prior to his interest in DJing, it was only a matter of time before he would become the instrument to bring the music to the people. The youngest out of 3 siblings, Ryan began DJing alongside his older brother, who initially had the intention to become a DJ. His brother did not continue to on this route, but is still Ryan’s biggest influence in the DJ industry and continues to support him to this day.

Although he has been DJing for over 12 years, it has been an up and down road for Ryan. He initially started DJing house music in the late 90’s with the boom of L.A.’s Power 106 Powertools late night show. As his skills progressed, Ryan worked his way into the hip-hop scene and landed his first major gig in Orange County in 1998. However, in 1999, Ryan took a step away from DJing for 4 years, but still continued to follow the Los Angeles industry and music scene.

In 2003, Ryan reconnected himself with the music and party industry, and within a few years, climbed his way into the elite circuit of disc jockeys in Los Angeles. In 2006, he became a member of a prestigious Hollywood promotions company, The Usual Suspects LA, landing him residencies in the most sought after venues in Southern California. In 2007 Ryan Live, under DJ Eyrro, released his first major mixtape “Eyrronically Speaking: The Unexpected,” which was a success amongst his followers, fans, and club goers.

Throughout 2009, DJ Ryan Live elevated his popularity and advancement as a disc jockey, touring major cities across the United States such as Las Vegas, New York, Atlanta, San Francisco, Chicago, Honolulu, and Seattle. Stepping into the international scene as well, Ryan Live has rocked the masses in Brussels and Rotterdamn (Europe) adding a successful Spring Break April 2009 Tour in The Philippines and Labor Day Weekend Fiesta 2009 in Puerto Rico. He completed his 2009 run in Vancouver, Canada for Halloween and New Years Eve.

2010 sparked a whole new era for Ryan Live! Once hosting Union Station Radio on Monday nights, it began his interest in broadcasting. Still continuing to tour across the globe, he had the opportunity to showcase his talent at The 2010 DJ Expo in Atlantic City. There he was selected by Focusrite Novation to display a Serato Official Accessory, the “DICER”. Soon after, he performed in Hawaii once again.

DJ Ryan Live is also an official DJ for platinum recording artist Silkk The Shocker. In 2011, Ryan hosted Silkk’s “All I Do Is Win” mixtape. Set to release in the summer 0f 2013, Silkk and Ryan have collaborated to bring you a brand new single.

You can now catch Ryan touring with comedian Jo Koy. He is also the featured DJ on a weekly podcast with Jo Koy & OMG Insider’s own Michael Yo. From comedy venues to the nightclubs, Ryan will bring life to any party. Consistently in the studio working on his next big hit and mastering the craft of DJing… stay posted on what’s next with DJ Ryan Live.