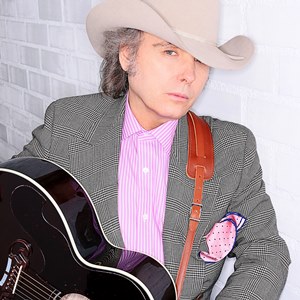 Grammy Award winner Dwight Yoakam will be bringing his string of chart-topping hits to the Molson Canadian Theatre at Hard Rock Casino Vancouver on Friday, October 28, 2016.
It was in 1986 when the Kentucky native released his first album, Guitars, Cadillacs, Etc., Etc. and since then, he has gone on to sell more than 25 million albums worldwide placing him in an elite class of global superstars. During the span of his music career, Yoakam has attained twelve gold albums and nine platinum & multi-platinum albums including the triple-platinum This Time (1993).

Five of those albums have topped Billboard’s Top Country Albums charts with another seven landing in the Top 10. More than thirty of his singles have charted with eighteen reaching the Top 20 including “Honky Tonk Man”, “Little Ways”, “Please, Please Baby”, “It Only Hurts When I Cry”, “A Thousand Miles from Nowhere” and “Fast as You”. Additionally, he has won two Grammy Awards and has earned a staggering twenty-one nominations.

His most recent album, Second Hand Heart was released just last year and debuted at #2 becoming his highest-charting album since Buenas Noches from a Lonely Room (1988). Yoakam has also enjoyed a successful acting career including roles in such films as the Academy Award-winning Sling Blade (1999), Panic Room (2002) and Wedding Crashers (2005).