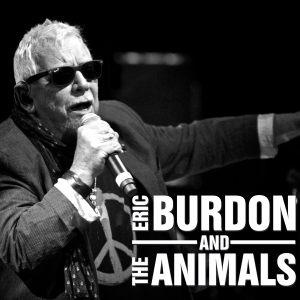 Eric Burdon and The Animals

Rock legend Eric Burdon and his British invasion band The Animals will be performing at the Molson Canadian Theatre at Hard Rock Casino Vancouver on Saturday, June 17, 2017.

Hailed by Rolling Stone as one of the “100 Greatest Voices of All Time,” the founder and frontman for The Animals took the music world by storm in 1962 when Burdon and the group released an electrified version of the traditional folk number, “The House of the Rising Sun.” They soon followed with such classics as “Don’t Let Me Be Misunderstood,” “We Gotta Get Out of This Place,” “It’s My Life,” “I’m Crying,” “Inside Looking Out,” “The Story of Bo Diddley,” “Bring It On Home to Me” and “See See Rider.”

Burdon left the group in 1970 and joined Los Angeles jam band, War releasing such hits as “Spill the Wine” and “Tobacco Road.” After leaving War the next year, he teamed up with jazz-blues great, Jimmy Witherspoon … a fusion which ultimately led to the collaborative album, Guilty! He later reunited with the original Animals in 1976 releasing three additional studio albums and a live album.