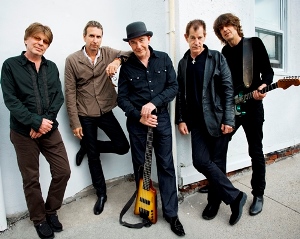 British New Wave rockers The Fixx are gearing up for a North American tour this summer which will include a date at the Hard Rock Casino Vancouver on Tuesday, June 30, 2015.

Formed in London in 1979 by college friends, frontman Cy Curnin and drummer Adam Woods, the band originally called themselves The Portraits before changing their name to The Fixx in 1980. After being signed to MCA Records the following year, they released their debut album, Shuttered Room in 1982. The album featured the singles, “Stand or Fall” and “Red Skies”.

Their 1983 release, Reach the Beach spawned the hit single, “Saved by Zero” and their highest charting single, “One Thing Leads to Another” which reached #4 on the Billboard Hot 100. The album went on to attain Platinum certification while hitting #8 on the Billboard 200. Additional hits from later albums included “Are We Ourselves?”, “Sunshine in the Shade”, “Deeper and Deeper”, “Built for the Future”, “Secret Separation” and “Driven Out”. Today’s line-up consists of Curnin, Woods, keyboardist Rupert Greenall, guitarist Jamie West-Oram and bassist Dan K. Brown.