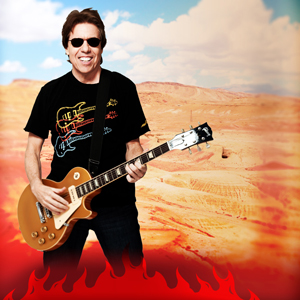 Iconic blues rockers George Thorogood & The Destroyers will be bringing their “40 Years Strong Tour” to Canada which will include two shows at the Hard Rock Casino Vancouver on May 2 & 3, 2014. It was on December 1, 1973 when Thorogood and his band performed their first gig at Lane Hall on the campus of The University of Delaware. Since then, they have travelled the world with their numerous hits including “Move It On Over”, “Who Do You Love”, “I Drink Alone”, “You Talk Too Much”, “Get A Haircut” and their most famous hit, “Bad to the Bone”.

Last year, Thorogood was named one of Delaware Today magazine’s “50 Most Influential Delawareans of the Last 50 Years”. Currently he and the band are busy working on a new album to be released in early 2014 having once again joined forces with Nashville producer, Tom Hambridge who worked with them on the critically acclaimed album, 2120 South Michigan Avenue which was released in 2011 and ended up peaking at #2 on Billboard’s Top Blues Album chart. The Destroyers’ line-up today consists of original members bassist Bill Blough and drummer Jeff Simon along with guitarist Jim Suhler and saxophonist Buddy Leach.