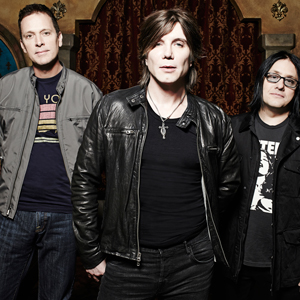 The Multi-Platinum Grammy-nominated band, Goo Goo Dolls will be rousing up fans across the country with their just announced Canadian tour which will include a date at the Hard Rock Casino Vancouver on Thursday, March 6, 2014. Goo Goo Dolls have sold over 10 million albums worldwide with fourteen Top 10 hit singles … more than any other artist in the history of the Hot AC format.

The band is also the only artist to have three songs on Billboard’s “Top 100 Songs 1992-2012” chart including the #1 slot for “Iris”. In 2008, frontman John Rzeznik was honoured with the Songwriters Hall of Fame’s Hal David Starlight Award and just recently, the band was inducted into Guitar Center’s Historic Hollywood Rock Walk. Earlier this year, they released their tenth studio album, Magnetic which features the hit singles, “Rebel Beat” and “Come To Me”. The album debuted at #8 on Billboard’s “Top 200” chart and reached #2 on Billboard’s “Top Rock Albums” chart.