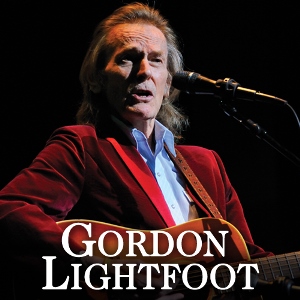 Music icon Gordon Lightfoot will be bringing his long string of hits to the Molson Canadian Theatre at Hard Rock Casino Vancouver on Saturday, October 21, 2017.

Regarded as perhaps the most prolific and greatest Canadian singer-songwriter of all time, Lightfoot has recorded 20 albums in total yielding six Gold, four Platinum and two Multi-Platinum recordings. It was in 1962 when the Orillia native released his first hit, “(Remember Me) I’m the One” reaching No. 3 on Toronto’s CHUM Radio.

His legacy was further enhanced when he was inducted into the American Songwriters Hall of Fame in New York where he was honoured for his role in “helping define the folk-pop sound of the 1960s and 70’s.”  Aside from success in writing and singing his own songs, he has received the ultimate compliment by having his songs performed by such greats as Elvis Presley, Johnny Cash, Bob Dylan, Anne Murray, Sarah McLachlan and Barbra Streisand. Lightfoot still enjoys performing to sold-out audiences worldwide.