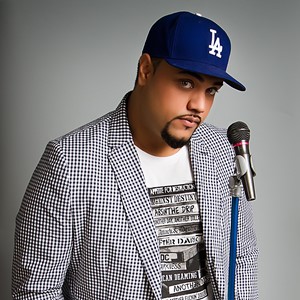 Harvir Puni, better known as HOLLYWOOD HARV, is a local funny-man who employs racial profiling with a completely positive spin to bring to life the differences we all share in a hilarious and uplifting way. Harv is a lifelong Richmond resident proud of his Indian heritage. Part of that rich and colorful heritage is the change from “Regular World” to “Bhangra World” that comes with Indian weddings; a change he portrays to comic perfection in his sold out, 2012 show at the Vogue Theatre in Downtown Vancouver (www.youtube.com/watch?v=H96rHwrLglw). In addition, he plays on the differences that we can all laugh at with the “Generation Divide”.

The comedy career of HOLLYWOOD HARV started in front of a full house of 1,100 people on the Bell Centre stage in 2009 when fellow comedian Sugar Sammy invited Harv to be an opening act. This stand-up debut came as quite a surprise to his fellow comics that night, since most of them had endured the comedy club circuit, performing in front of significantly smaller audiences.
Always aware of his good fortune HOLLYWOOD HARV states, “My material, a lot of it is based on day-to-day observations. I’m lucky to be surrounded by a group of pretty interesting characters, friends who end up providing me with a lot of material. I never call them out by name. I’m pretty discrete, but I’m sure they know who they are.”