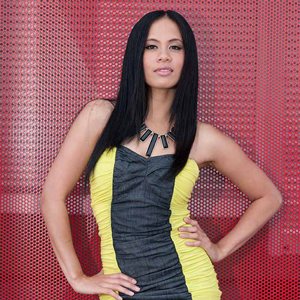 Jerrica is an R&B Pop Recording artist from Vancouver. She is already an accomplished singer, songwriter, musician and professional Polynesian dancer and has received her ARCT Royal Conservatory of Music Diploma for Piano. Aside from her musical talents, Jerrica is also a Bachelor of Science in Genetics Graduate of UBC and has been accepted to the Doctorate of Optometry program in the New England College of Optometry in Boston, Massachusetts, US. Drawing on her love of Soul and R&B, her singing style is most influenced by the likes of Alicia Keys, Mariah Carey, and Beyonce.

Jerrica is best known for being the youngest to place in the Top 32 finalists during the 2004 season of Canadian Idol. In the more recent weeks, Jerrica became the new Variety’s Got Talent Winner 2013 after competing with many great talents of British Columbia that had auditioned. Her vivacious performance won over the celebrity panel of judges which included Bruce Allen (manager of Michael Buble and Bryan Adams). “She had all the parts: she can work the stage, she can look at the audience, she can move around, she was charismatic, she sang real good,” explained Allen. From this win, she received a lot of media attention and she appeared on the Variety’s Show of Hearts Telethon alongside the appearances of The Simmons Family, Adele, & Justin Bieber.

This past summer, she became the Runner Up at the 2012 PNE Star Showdown winning $2000 Cash and $15,000 in scholarships to the New Image College of Arts. In the summer of 2011, Jerrica’s electrifying performances allowed her to become the Grand Canadian Karaoke Champion and went on to represent Canada at the World Karaoke Championships in Killarney, Ireland where she became the 2nd runner up and gained international recognition. She was also honored to be chosen to sing the Canadian National Anthem at the unveiling of the countdown clock for the 2010 Winter Olympic Games in Vancouver. She has performed in Japan, South Korea, Las Vegas, Los Angeles, Hawaii, throughout Canada and the USA and at various local charities.

This upcoming new year, Jerrica will be going on tour throughout the Philippines to promote her brand new album. She is currently working on her 3nd album set to release this fall. With dreams of becoming a recognized international recording artist, Jerrica’s passion and talent shines through her original music and each of her performances.