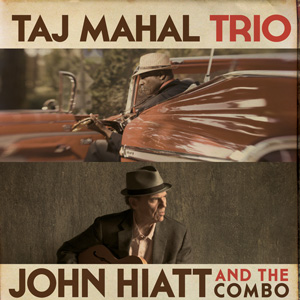 Music legends Taj Mahal and John Hiatt will be bringing their unique blend of blues-rock to the Hard Rock Casino Vancouver on August 9, 2014.

Though his career began more than four decades ago with American blues, Grammy winning singer-songwriter Taj Mahal has broadened his artistic scope over the years to include music representing virtually every corner of the world including West Africa, the Caribbean, Latin America, Europe, the Hawaiian Islands and India. His passion and curiosity have resulted in a global perspective that is reflected in his music. Taj continues to perform to sold-out audiences worldwide.

Forty years after the release of his debut album, John Hiatt remains one of the most respected and influential singer-songwriters of our time. He earned a Grammy nomination for his album, Crossing Muddy Waters and shared a Grammy with B.B. King and Eric Clapton for their album, Riding With The King whose title track was composed by John. In 2008, he was presented with the American Music Association’s Lifetime Achievement Award and was inducted into the Nashville Songwriters Hall of Fame.