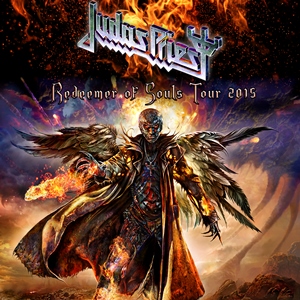 Fans of Judas Priest will have the opportunity to see the Grammy-winning band in an up-close and intimate setting when the heavy metal icons perform for two shows at Hard Rock Casino Vancouver on Tuesday, October 27 & Wednesday, October 28, 2015.

Formed in 1970 in Birmingham, England, Judas Priest released their first album, Rocka Rolla in 1974 followed two years later by Sad Wings of Destiny. After signing with CBS Records, they released the 1977 album, Sin After Sin followed by 1978’s Stained Class and 1979’s Hell Bent for Leather. They then released their first live album, Unleashed in the East which was recorded in Tokyo. The album spawned such metal anthems as “Sinner”, “Diamonds and Rust”, “Hell Bent for Leather” and “The Green Manalishi (With the Two-Pronged Crown)”.

Priest went on to achieve even bigger success in the 80’s releasing such all-time classic albums as British Steel (1980), Point of Entry (1981), Screaming for Vengeance (1982) and Defenders of the Faith (1984) … all of which produced several enduring metal anthems including “Breaking the Law”, “Living After Midnight”, “Heading Out to the Highway” and “You’ve Got Another Thing Coming”. The remainder of the 80’s saw the group embrace more melodic hard rock sounds on Turbo in 1986 and Ram It Down in 1988 before releasing arguably the heaviest release of their entire career, 1990’s Painkiller.

In 2008, they released their double-disc album, Nostradamus which peaked at #11 on the Billboard 200 followed by 2009’s A Touch of Evil Live which won the band a Grammy Award for Best Metal Performance. Their most recent album, Redeemer of Souls was released last year debuting at #5 on the Canadian Albums Chart and #6 on the Billboard 200.