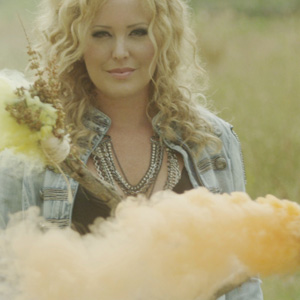 For British Columbia’s Karen Lee Batten, music is all about honesty. Every word she
sings is filled with raw, genuine emotion, and this commitment to sincerity is at the heart of her new album, Cause a Scene.

Batten has consistently wowed audiences across the country with her soaring singing.
She was a top ten finalist in the first season of Canadian Idol, and she’s a three-time winner of the British Columbia Country Music Association’s Female Vocalist of the Year award. Her album Every Moment came out in 2006 and earned strong radio play across the country. Her up coming Album Cause A Scene is expected to launch in May this year. The fist single and title track was released across Canadian Radio this month along with an explosive video directed by multi award winner Stephano Barberis.

Having honed her skills through her busy live schedule, she has hit a new artistic peak with Cause a Scene. Recorded with producer John MacArthur Ellis (Barney Bentall, Be Good Tanyas), it captures a broad palette of styles and moods. This ranges from the heartfelt sweetness of “Life Worth Living” to the rowdy country rock sass of the title track. With “Cause a Scene” arriving on radio, audiences can expect to hear a whole lot more from Batten in the near future.