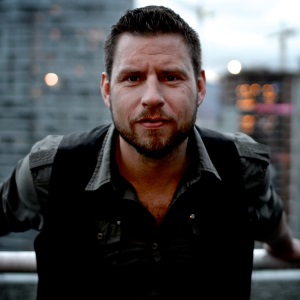 A decade of musical lux is not long enough for former Blaming Taylor front man Kristopher James. When it comes to navigating the intricacies of the west coast Canadian music scene it is undeniable that Kristopher is a seasoned pro. For years he enjoyed sharing the stage with some of Canada’s greatest talents, performing at festivals, music venues and on television for enthusiastic audiences who had fallen in love with Kristopher’s energy and voice. When the band called it quits, back in 2011, Kristopher was just getting started. The twilight of Blaming Taylor meant the dawning of an opportunity for this creative soul to pursue his passion of writing. Kristopher began working on an eclectic array of projects that enabled him to blend his love of Rock, R&B and Hip Hop music. As each project came to fruition the next step for Kristopher’s own career became increasingly clearer; a solo career designed to capture and enthrall audiences of all ages across the country and around the globe. Kristopher is not the only one excited about these next steps. Word on the street, from those who have been fortunate enough to hear a few sneak peeks of his newly refined sound, is that come spring 2015 Kristopher James’ first solo EP is going to leave an immense impression upon the Canadian music scene. One decade under his belt, both fans and the music industry are excited to see what the next one brings.