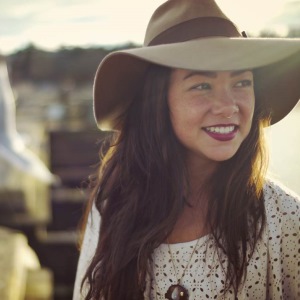 Kristie McCracken is one of Vancouver’s most promising young vocal talents. Kristie spends much of her time as Songwriter, Singer and Guitarist for local R&B/Pop group The Ponderosas, whose world music and reggae infused sound has gained them quite a following in the local Vancouver music scene, playing alongside artists including The Boom Booms, Daniel Wesley, Buckman Coe, and Dawn Pemberton.

Kristie was a part of the Sarah McLachlan Music Outreach Program as a teenager and has gone on to study music at University of British Columbia. She volunteered for two years at Saint James Music Academy and is currently studying Music Therapy at Capilano University.

She is also a member in Vancouver based reggae band Natural Flavas, and has performed alongside legends such as Ken Boothe, Leroy Sibbles, Barrington Levy, and Toots and the Maytals. Other internationally acclaimed artists Kristie has performed with include Shaggy, Easy Star All Stars, Kae Sun, Taj Weekes and Adowa, and Steele.

This is a new beginning for Kristie McCracken. She will be releasing her first full length solo album in May 2015, simply titled “Let Go & Grow”. The album showcases her vocal talent but also hints at the breadth of her songwriting – ranging from heavily latin inﬂuenced acoustic numbers like “Lullaby”, a song written to her brother while he struggled with addiction, to the neo-soul and even vintage soul sounds of “Retrograde” and “Where Are You”. The album is produced by Patrick Watson Quine of Watson Unlimited Music, and features a song co-written and produced by 3-time Grammy award winner Chin Injeti. It’s a strong ﬁrst step into the market, sure to make an impression.