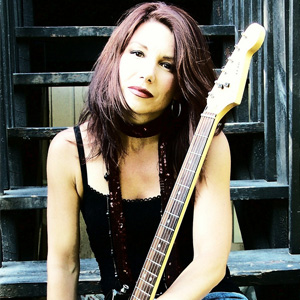 Wristbands to attend the performance are $15 and can be purchased at Hard Rock Casino Vancouver’s Retail Store or online.

Canada’s own Lee Aaron will be bringing a mix of her music including rock, pop and jazz to Hard Rock Casino Vancouver’s Asylum for an exclusive performance at 10:00 pm on Friday, August 15, 2014.

It was thirty years ago when the Belleville, Ontario native burst onto the heavy metal scene with the title track from her 1984 breakthrough album, Metal Queen. Her fifth album, Bodyrock was released in 1989 and featured the chart-toppers “Whatcha Do To My Body” and “Hands On”. The album went on to be certified Multi-Platinum and was voted one of the “20 Most Influential Albums of the Decade” by Chart Magazine.

During the 90’s, numerous albums followed which showcased Lee’s wide range of artistic talent. Her career then took a turn in 2000 when she released the critically acclaimed album, Slick Chick which was a compilation of jazz standards. In addition to earning ten Juno nominations, Lee has been honoured with a MuchMusic Video Award, a CMPA Songwriters Award and three Toronto Music Awards for “Best Female Vocalist”.