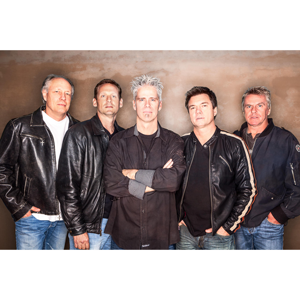 The legendary Little River Band will be bringing their long string of iconic hits to the Hard Rock Casino Vancouver on Saturday, November 8, 2014.

Formed originally in Melbourne in early 1975, they scored two Top Ten albums and three Top 20 singles within eight months. The following year, they released their self-titled album in the US and Canada where they also began their first of many tours. Record success ran alongside with worldwide sales eclipsing the twenty-five million mark by 1985. The band’s chart-toppers include “It’s a Long Way There”, “Help Is on Its Way”, “Happy Anniversary”, “Reminiscing”, “Lady”, “Lonesome Loser” and “Cool Change”.

Today, Little River Band is as strong as ever with a new fusion of spontaneity, rock and blues anchored by American bassist, Wayne Nelson who joined the group in 1980 and made his debut a year later as lead vocalist on their hit singles, “The Night Owls”, “Take It Easy on Me” and “Man on Your Mind”. Their most recent album, Cuts Like A Diamond was released last year and features the single, “The Lost and the Lonely”.