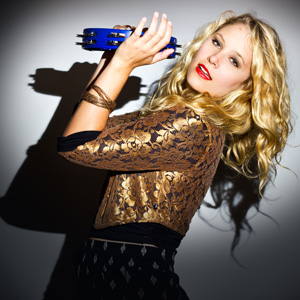 Lydia Hol is a young poet, storyteller, and multi-instrumentalist based out of Vancouver. She has a dynamic yet delicate voice that’s instantly engaging; that draws you in like a smoking chimney on a crisp winter’s night.  Her debut EP ‘Boats’ has taken her across Canada, with Toronto Blues & Roots Radio naming her ‘One of the most dynamic new voices in Canadian folk music.’

The release of her single ‘Bitter Heart’, made her a Regional Finalist in CBC’s recent Searchlight for Canada’s Best New Artist. A gifted storyteller and writer, Hol’s music incorporates both traditional and contemporary sounds. She has shared the stage with artists such as Belle Starr, The Meds, Mike Edel, Jon Bryant, Willhorse, The River and the Road, and Maurice.

Studying Jazz Vocals at VCC’s School of Music, and playing in numerous bands has honed Hol’s live performance into the well-crafted one it is today. A note-able achievement includes being a finalist in 2011’s Fox Seeds, with blues/rock band Head of the Herd. She is a sought after guest vocalist, recording with Young Pacific, Maurice, and for producer Garth Richardson.

Her newest single ‘Hanging Man’ was produced by Daniel Ledwell (Jenn Grant, The Weakerthans) and recorded in Halifax. With a hint of Maritime flavor in her sound, Hol’s music has found a lot of attention in the vibrant music scene in the East. CBC’s ‘East Coast Music’ calls hers music ‘not far off from the Mumford or Avett sounds…but the energy doesn’t come from trying to be big; rather it’s subtle and heartfelt.”