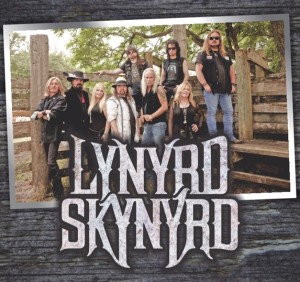 Rock legends Lynyrd Skynyrd will be thrilling fans across the country with their upcoming tour which will include a date at the Hard Rock Casino Vancouver on Friday, March 20, 2015.

Known for their “southern hard rock” sound during the 70’s, Lynyrd Skynyrd has released over 60 albums with sales well beyond the 30 million mark. Their string of hits include “Gimme Three Steps”, “Free Bird”, “Don’t Ask Me No Questions”, “Saturday Night Special”, “What’s Your Name”, “That Smell”, “You Got That Right” and their beloved classic rock anthem, “Sweet Home Alabama”.

In 2005, they were inducted into the Rock & Roll Hall of Fame. They have also been included on both Rolling Stone’s list and VH1’s list of the “100 Greatest Artists of All Time”. The band has had a busy touring schedule this year including a summer tour with Bad Company. This week, they wrapped up their 2014 itinerary with a television appearance on the Season 7 Finale of NBC’s The Voice where they gave an epic performance of “Sweet Home Alabama” with finalist Craig Wayne Boyd just before he was crowned winner.