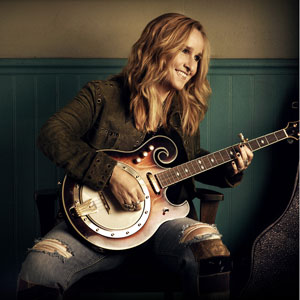 Grammy Award-winning singer-songwriter Melissa Etheridge will be bringing her “This is ME Solo” tour to the Hard Rock Casino Vancouver on Friday, September 5, 2014.

Known for her confessional lyrics and raspy, smoky vocals, Etheridge has remained one of North America’s favourite female artists for more than two decades. It was in 1989 when she released her self-titled debut album which featured the hit single, “Bring Me Some Water”. Her next two albums spawned the hit singles, “No Souvenirs” and “Ain’t It Heavy”.

She hit her artistic and commercial stride with her 1993 album, Yes I Am which featured the chart-topping singles, “I’m the Only One” and “Come to My Window”. Her highest charting album, Your Little Secret was then released the following year and was distinguished by the hit single, “I Want to Come Over”. In addition to her Grammys, Etheridge has won an Academy Award for “Best Original Song”, a Juno Award for “International Entertainer of the Year” and ASCAP’s “Songwriter of the Year” Award.