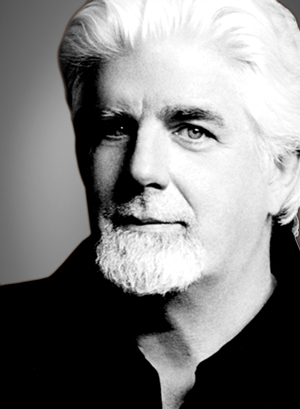 Singer-songwriter Michael McDonald will be thrilling fans with his distinctively soulful style at the Hard Rock Casino Vancouver on Friday, April 4. It was in 1975 when McDonald first gained attention after joining the group Steely Dan singing back-up and playing keyboards on stage. One year after the release of the band’s fourth album, Katy Lied, McDonald was asked to join The Doobie Brothers. His writing and lead singing abilities propelled their mega-hits, “Takin’ It To The Streets”, “Minute by Minute” and the Grammy-winning song of the year, “What A Fool Believes”.

After the band’s farewell tour in 1982, McDonald released his first solo album, If That’s What It Takes which produced the hit singles, “I Keep Forgettin’ (Every Time You’re Near)” and “I Gotta Try”. The following year, he collaborated with R&B singer-songwriter James Ingram on the song, “Yah Mo B There” which earned the duo a Grammy for “Best R&B Performance by a Duo or Group with Vocals”. McDonald went on to earn two Grammy nominations for his 2003 album, Motown. Earlier this year, he teamed up with heralded guitarist Robben Ford and released Unfinished Business … a four-song EP which features the rockin’ “Judgment Day” and the bluesy “Long Haul”.