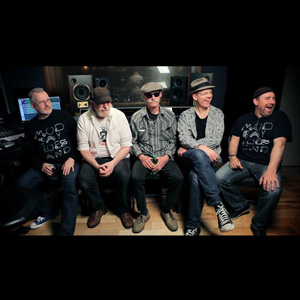 The MUD BAY BLUES BAND has been electrifying audiences with their unique brand of Rhythm and Blues for more than 35 years. Founded in 1978, their well-deserved moniker, “The Band That Won’t Go Away,”
testifies to their tenacity and ongoing popularity and they are renowned as one of the truly original voices in contemporary Blues.

As it says in their official bio: “This ain’t your average Blues band.” Bringing a wealth of musical influences to the Blues idiom (at various times in their careers, band members have played everything from folk to funk, from polkas to punk) the MUD BAY BLUES BAND has shared stages with—and earned praise and respect from—such Blues giants as James Cotton (“Just like playing with family!”) and the late great Stevie Ray Vaughn (“Mud Bay? More fun!”) Longtime favourites on the Western Canadian club circuit, they have also been a featured attraction at The Burnaby Blues and Roots Festival and The Calgary International Blues Festival.