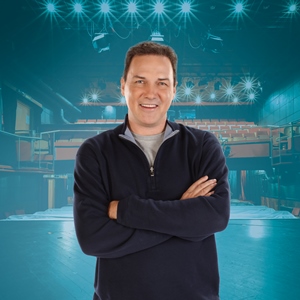 Actor-comedian Norm Macdonald will be bringing his hilarious stand-up to the Molson Canadian Theatre at Hard Rock Casino Vancouver on Friday, November 18, 2016.

It was in the mid-80’s when the Quebec City-born Macdonald began performing in comedy clubs across Canada before moving to Los Angeles where he became a writer for the syndicated late-night talk show, The Dennis Miller Show and ABC’s Roseanne. In 1993, he moved to New York where he joined the cast of NBC’s Saturday Night Live after being discovered by producer Lorne Michaels during one of his stand-up routines.

Once cast on the show, he performed impressions of Bob Dole, Larry King, Charles Kuralt, David Letterman and Burt Reynolds. His most notable position on SNL however was his three-year stint as anchor of “Weekend Update” beginning each of his newscasts with his trademark line, “And now the fake news”.

After leaving the show in 1998, Macdonald starred in his own sitcom, The Norm Show which ran for three seasons on ABC followed by his second sitcom, A Minute with Stan Hooper which aired on FOX in 2003. His film credits include roles in Billy Madison (1995), Milos Forman’s Academy Award-nominated The People vs. Larry Flynt (1996) and Grown Ups (2010).

In 2011, he hosted his first stand-up special, Norm Macdonald: Me Doing Stand-Up which aired on Comedy Central and was then released as a CD/DVD set. Two years later, he premiered his podcast, Norm Macdonald Live which streamed live on the Video Podcast Network and was then posted on YouTube. Last year, Macdonald had the honour of being the final stand-up comedian to appear on CBS’s Late Show with David Letterman.