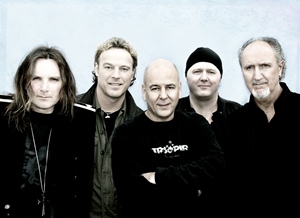 Canadian icons Trooper will be rocking in the New Year at Hard Rock Casino Vancouver on December 31, 2015.

Formed in 1975 in Vancouver by vocalist Ramon McGuire and guitarist Brian Smith, Trooper went on to sell more than two million albums with two being certified Double-Platinum. They also became the first Canadian band to successfully tour from coast to coast in their home country.

Their string of hits include “Two for the Show”, “Santa Maria”, “Oh, Pretty Lady”, “We’re Here For a Good Time (Not a Long Time)”, “Raise a Little Hell”, “The Boys in the Bright White Sports Car”, “3 Dressed Up as a 9” and “Janine”. In 1979, they earned a Juno Award for “Group of the Year” and just three years ago, McGuire and Smith were awarded SOCAN’s prestigious “National Achievement Award” in acknowledgment of their significant and lasting contributions to Canada’s songwriting legacy.

Along with McGuire and Smith, the group’s line-up consists of keyboardist Gogo, bassist Scott Brown and drummer Clayton Hill.