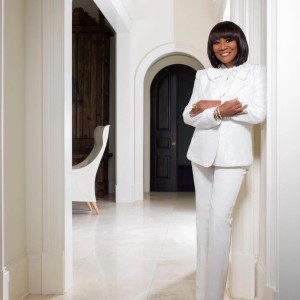 LaBelle began her career as part of The Ordettes in 1959. The trio changed their name to The Bluebelles two years later and then reformed as Labelle in 1971. Their 1974 album, Nightbirds featured the hit single, “Lady Marmalade” and was certified Platinum. After the group disbanded in 1977, LaBelle went on to pursue a solo career. Her 1983 album, I’m In Love Again produced the smash single, “If Only You Knew” which reached #1 on Billboard’s Hot R&B Singles chart. The following year, she recorded the songs, “New Attitude” and “Stir It Up” which were featured on the soundtrack for the blockbuster film, Beverly Hills Cop.

LaBelle’s 1986 album, Winner in You spawned the chart-topping single, “On My Own” – a duet with singer Michael McDonald – and peaked at #1 on the Billboard 200. The album went on to earn Platinum status and remains her highest-selling album. She continued to release albums throughout the 90’s including Burnin’ and Live! One Night Only … both of which won her a Grammy Award. Later albums included Timeless Journey, Classic Moments and The Gospel According to Patti LaBelle. In 2009, she returned to the recording studio with Sarah Dash and Nona Hendryx for Labelle’s critically acclaimed reunion album, Back to Now.

As an actress, LaBelle’s television credits include roles on NBC’s A Different World, CBS’s Cosby and FX’s American Horror Story. Earlier this year, she guest starred on the season finale of FOX’s Empire and was also a competitor on ABC’s Dancing with the Stars. In addition to her two Grammy Awards, LaBelle has been inducted into the Grammy Hall of Fame, the Hollywood Walk of Fame, the Apollo Hall of Fame and the Songwriters Hall of Fame. She was also presented by the World Music Awards with the coveted Legend Award.