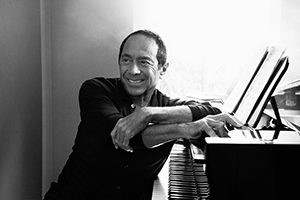 Canadian music icon Paul Anka will be thrilling fans when he’ll be appearing for one night only at Hard Rock Casino Vancouver on Friday, August 28, 2015.

Born and raised in Ottawa, Anka recorded his first single, “I Confess” at the age of fourteen. Two years later, he recorded what would be his best known song of all time, “Diana”. Released in 1957, it sold over ten million copies and launched his career as an international teen idol. He soon established himself as a successful artist and songwriter penning his Top 10 hits, “You Are My Destiny”, “Lonely Boy”, “Put Your Head On My Shoulder”, “Puppy Love”, “My Home Town”, “Summer’s Gone” and “Dance On Little Girl”.

He had another wave of hits throughout the 70’s with “(You’re) Having My Baby”, “I Don’t Like To Sleep Alone”, “Times of Your Life” and “This Is Love”. His success held through the 80’s with “Hold Me ‘Til the Morning Comes” which reached #2 on Billboard’s Hot Adult Contemporary chart. Among his later releases were the 1996 Spanish-language album, Amigos and Classic Songs, My Way in 2007.

Anka has also enjoyed a successful acting career having appeared in several films including the 1962 war drama, The Longest Day for which he wrote the theme song for and received an Oscar nomination. That same year Johnny Carson made his debut as the host of NBC’s The Tonight Show with Anka contributing one of the most recognizable themes in television history. He went on to write “My Way” for Frank Sinatra in 1969 followed two years later with “She’s A Lady” for Tom Jones.

Honoured with the prestigious Order of Canada in 2005, Anka is also a proud inductee to the Songwriters Hall of Fame, the Hollywood Walk of Fame and Canada’s Walk of Fame. In 2013, he released his autobiography entitled My Way and the album, Duets which featured such artists as Michael Jackson, Dolly Parton, Willie Nelson, Celine Dion and Michael Bublé.