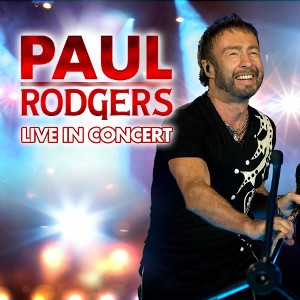 British born singer, songwriter and musician Paul Rodgers will be rocking the house when he’ll be performing at the Molson Canadian Theatre at Hard Rock Casino Vancouver on Friday, September 29, 2017.

Undeniably one of music’s most distinctive vocalists, Rodgers – who critics and musicians worldwide have dubbed “THE VOICE” – first made a mark on the music scene as the frontman for the band, Free after their 1970 anthem, “All Right Now” shot up the international charts including #4 on the Billboard Hot 100. In 1973, he and Free drummer Simon Kirke went on to form Bad Company releasing twelve albums which spawned such hits as “Can’t Get Enough,” “Rock Steady,” “Bad Company”, “Feel Like Makin’ Love,” “Rock ‘n’ Roll Fantasy” and “Electricland.”

After leaving the group in 1982, he released his first solo album, Cut Loose and later teamed with Led Zeppelin guitarist, Jimmy Page to form The Firm releasing two albums and the chart-topping singles, “Radioactive,” “Satisfaction Guaranteed” and “All the King’s Horses.” In 1991, he and The Who drummer Kenney Jones formed The Law releasing the hit single, “Laying Down the Law” which ranked #1 on Billboard’s AOR charts. Two years later, he released his Grammy-nominated solo album, Muddy Water Blues celebrating Rodgers’ blues roots and respect for Muddy Waters, one of Rodgers’ primary influences. In 1999, he again hit the rock charts with his #1 single, “Hey, Hey” followed by his second single, “Hammer of Love” which reached #2.

His most recent album, The Royal Sessions was released in 2014 peaking at #1 on Billboard’s Blues Albums charts. Rodgers, who three years ago became a Canadian citizen, now resides in both White Rock and the Okanagan with his wife and former Miss Canada, Cynthia Kereluk.