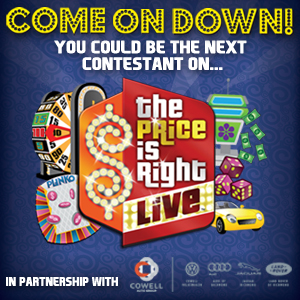 The Price Is Right Live

Having premiered at Harrah’s Reno in 2003, The Price Is Right Live has been playing to sold-out audiences across North America and has given away more than 10 million dollars in cash and prizes. Audience members will have the chance to “Come On Down” to win appliances, vacations and even new cars by playing the classic games from television’s longest-running and most popular game show, The Price Is Right which earlier this month celebrated its 8000th episode on CBS.