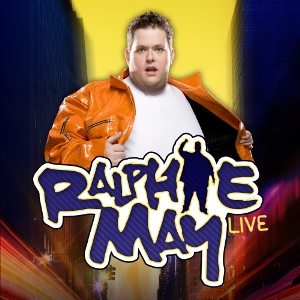 Comedian Ralphie May will be bringing his hilarious, no-holds-barred stand-up to Hard Rock Casino Vancouver on Thursday, November 19, 2015.

Voted one of Variety’s “10 Comics to Watch”, May has built his career on observational comedy inspired by such greats as Richard Pryor, Sam Kinison and Lenny Bruce. It was in 2003 when he got his start as a contender on the first season of NBC’s Last Comic Standing where he finished as first runner-up.

He went on to make appearances on CBS’s The Late Late Show with Craig Kilborn, ABC’s Jimmy Kimmel Live and NBC’s The Tonight Show with Jay Leno. In 2004, he released his debut CD/DVD set, Just Correct. Two years later, he filmed his first Comedy Central special entitled Girth of a Nation followed by Prime Cut in 2007, Austin-Tatious in 2008 and Too Big to Ignore in 2012.

His most recent TV special, Unruly premiered on Netflix earlier this year.