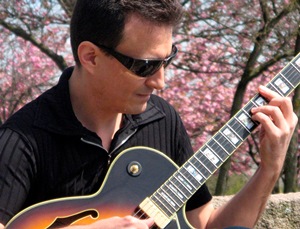 Reno is an emerging composer of guitar with interests in Surf, Jazz, Classical, Contemporary & Blues. Having played for over 40 years and written dozens of original compositions as a solo virtuoso, Reno’s talent has been described by critics as: “Olympic guitar playing” and “a musician’s musician”. Similarly being compared to the likes of The Ventures, Jimi Hendrix, Johnny Smith, and Wes Montgomery – to name a few.

With many years of devotion, practice and most important of all – persistence – Reno has developed a quality of sound and arrangement, which can only be described as his own. A style which he plays with the utmost skill, intensity and authenticity.