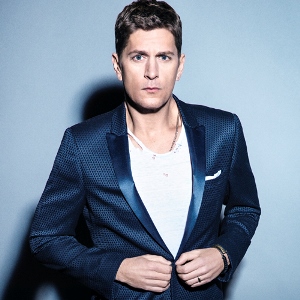 Multi-Grammy winner Rob Thomas will be performing at the Molson Canadian Theatre at Hard Rock Casino Vancouver on Friday, September 2, 2016.

Thomas is one of today’s most compelling and commercially successful recording artists. For twenty years, the singer-songwriter has been the frontman and primary composer for Matchbox Twenty leading the group to multiplatinum success over the course of four albums and a string of #1 hits that include “Push”, “3AM”, “Bent”, “If You’re Gone” and “Unwell”.

In 2005, Thomas made history with the release of his first solo album, … Something to Be which became the first album by a male artist from a rock or pop group to debut at #1 on the Billboard 200. He then made history once again with his 2009 album, cradlesong as the only male artist with multiple #1 hits in the Top 40 tying Pink with most #1’s by a solo artist in the Billboard 200’s chart history.

Thomas’ most recent album, The Great Unknown was released just last year. The album reached the Top 10 on the Billboard 200 while earning critical acclaim upon its arrival including from Rolling Stone who hailed Thomas as “the same consummate pop-rock craftsman who has been making it all sound so smooth for years. Thomas piles on the hooks right from the opener”.

His 1999 collaboration with Santana, “Smooth” was recently named by Billboard as the top all-time track on the Adult Pop Songs chart, the #1 song of the 1990’s and the #2 song of the 20th century. Additionally Thomas was the first artist ever to be honoured with the Songwriters Hall of Fame’s prestigious Hal David Starlight Award which recognizes composers in the early years of their career who have already made a lasting impact.