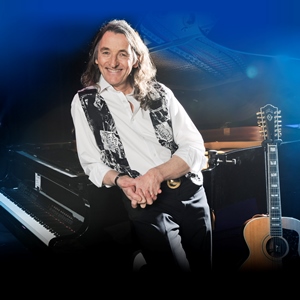 Roger Hodgson, formerly of Supertramp will be bringing his 2016 tour to the Molson Canadian Theatre at Hard Rock Casino Vancouver on Friday, November 25, 2016.

It was in 1969 when Hodgson co-founded the ironic rock band Supertramp with Rick Davies in London. He wrote and sang most of the band’s classic hits including “Dreamer”, “Give a Little Bit”, “Fool’s Overture”, “School“, “The Logical Song”, “Take the Long Way Home”, “Breakfast In America” and “It’s Raining Again”.

After leaving the band in 1983, Hodgson released his debut solo album, Eye of the Storm which quickly became an international hit selling over two million copies. During the years that followed, he released additional albums including his most recent album, Classics Live.

Today he continues to perform the songs he wrote and sang while with Supertramp to sold-out audiences worldwide. His 2016 tour includes dates in not only Canada and the US but in the Netherlands, Belgium, Germany, Switzerland, France, Portugal and the UK as well.

Tickets go on sale on Friday, April 29, 2016 at 10 am and are $89.50 (plus service charges). For more information and to purchase tickets, go to HardRockCasinoVancouver.com