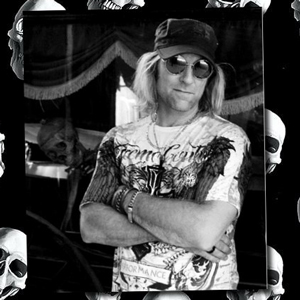 Roger has a unique writing style that takes the humour and humility of everyday and spins it into an upbeat musical drive that will have you tapping and clapping along. His first album had two radio releases that found their way onto the playlists of 35 stations across Canada. He’s performed at Mountainfest, Sunfest, and at the BC Country Music Awards as well as numerous other theatres and casinos throughout BC. Over the last year, Roger has been busy
bending the laws of songwriting and kicking country in the ass with his gritty, new sub genre of “rebel country”. With a sound that compares to Steve Earl, His punchy new tunes push the boundaries and will take you back to the classic rock of the 70s.

Going back to his small town, blue collar roots, he has captured the essence of hell raising, bonfire music. Working by day as a crane operator in the construction industry together with his family history provides the spicy ingredients for Roger’s unique brand of country. The title track to his new album “Rebel Without A Choice” kickstarts the EP with the outlaw flavour that his style is saturated with while “Hell Sounds Like Heaven” is a sinful, balls to the walls rocker. Both songs showcase the incredible talent of Jerry Doucette on lead guitar and his true, signature style.