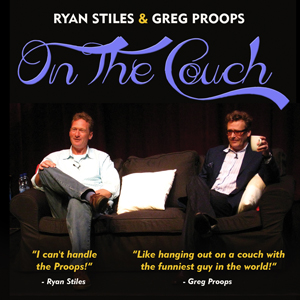 Actor-comedians Ryan Stiles and Greg Proops will be bringing their spontaneous and all-improvised comedy show, Ryan Stiles & Greg Proops: On The Couch to the Hard Rock Casino Vancouver on Saturday, June 7, 2014.

The show – which first appeared in Montreal at the Just For Laughs Comedy Festival in 2008 – will feature the two stars from the Emmy-nominated TV series, Whose Line Is It Anyway? sitting on a couch while telling jokes. From there all the humour will be derived from audience suggestions.

Chosen audience members will also be brought up on stage to make sure that the guys don’t repeat themselves during their stories, sketches and songs. Also appearing will be Special Mystery Guests who will join in to keep the show moving.