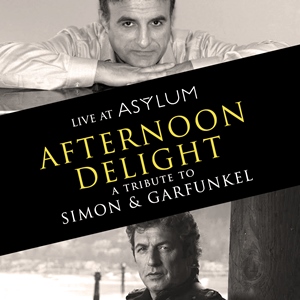 Michael has performed professionally since his teen years in Sault Ste. Marie Ontario Canada. He left for Western Canada in 1976 to pursue his passion for music. He also became involved in the voice-over industry where he recorded jingles for such clients as: MacDonald’s, Shell Oil, A&W, Proctor & Gamble and many more. In 1988 he was bitten by the acting bug and began to appear in various TV series. Combining his love of music and sports, Michael has become a household word as Anthem singer for The Seattle Mariners, Seattle Seahawks, Seattle Sounders and Everett Silvertips of the WHL (Western Hockey League). He has entertained for corporate events worldwide and continues to this day.

Singer, songwriter, producer and multi-instrumentalist Mick Dalla-Vee taught himself to first play the guitar at age 10 after losing his mother to cancer. In an enviable career, the Cease & Desist front man, bassist and guitarist has also become a very busy studio producer, musician, arranger and vocalist. Mick attained Gold and Platinum status for his work with Bachman & Turner (Live in New York City 2010) amongst other musical awards (3 gold awards, one independent album award) and co-written or written everything from country to smooth jazz. Mick is also the founder of the Down Syndrome Research Foundation’s Music in Motion Workshop, a project that develops musical camaraderie with children, youth and young adults diagnosed with Down syndrome and other developmental disabilities.