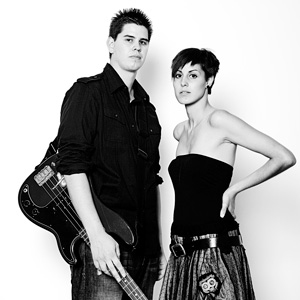 Sister Says is an indie-jazz duo/band based out of Vancouver, fronted by Gillian and Robert Thomson. Throughout the years Sister Says have had the opportunity to perform a wide range of diverse shows. In Canada, they’ve performed at the Vancouver Indigenous Media Arts Festival, the Islands Folk Fest in Duncan, the Talking Stick Festival in Vancouver, and at Nathan Phillips Square in Toronto. Internationally they’ve toured Beijing, China, where they performed at the BC Pavilion. Gillian and Robert also collaborate on Meet the Collective Podcast. Currently they’re recording their second album, which is singer songwriter soul, with a raw indie edge.