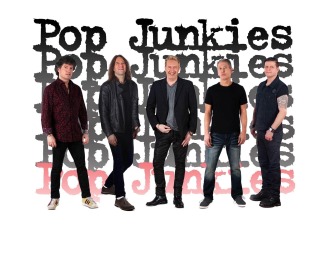 We’re back, baby! Asylum is now open. Join us for our Grand Opening Celebration. Kicking off on March 17th with a St. Patrick’s day party. Featuring live music from POP JUNKIES!

THE POP JUNKIES:
With over 2 decades together playing the better Venues, Special events and Casinos they are known as a wildly entertaining band with a huge repertoire of songs they’ve played thousands of shows for millions (maybe Billions 😉 of people! Comprised of professional musicians and entertainers, they cover the greatest hits from the 60’s to current hits in Pop, Rock, and Country music. If you’re looking for a band that can bring the party, you’ve found them! The Pop Junkies have performed in 1000’s of venues both as a Pop, Rock band but also in country venues as their alter ego “The Concrete Cowboys” the combined members have worked with some of the best known entertainers in the music industry both as musicians and as studio session players. They all write music, sing, perform (a couple of them can even dance, the triple threat!). They play music for one reason (well maybe several) they enjoy playing for and entertaining audiences.
They are a fun loving talented group of musicians fortunate enough to have found each other and play and write the music they all enjoy so much.